ProbablyANinja2 years ago
If you haven't already, check out part 1 (NSFW) here: BLOG #47177

So I had this kind of cool idea for skull earrings. Since Mammon is pretty large, even for a supposedly 1/6 scale figure, I assumed I’d be able to sculpt the earrings and use wire to mount them.

Long ago in a galaxy far, far away (in other words, when I was in high school), I used to do a lot of amateur woodworking. When I lived in the Midwest, I had tried to make fishing lures (though it was kind of a dumb idea perhaps). From my attempts back then, I knew that very small eye loop screws exist (we’re talking like half an inch). For those of you who don’t know, eye loop screws have the shaft of a screw and a loop for a head. So, I went to Hobby Lobby once again (support local businesses! Yay!) and found some that were just perfect. These are manufactured by “Woodpile Fun!” who makes a bunch of cheaper woodworking accessories (like small hinges and lower-end craft drills).

My dad had this old clamp tool lying around which he never uses, so I borrowed it. Because I’ve worked with Apoxy Sculpt before, I knew that for something this small I’d need something to hold onto the eye loops so I wouldn’t be deforming the clay as I worked with it. This turned out to be a great idea and saved me a lot of work and frustration.

(note that this picture was taken after I already made the earrings. That's why they're in the clamps)

Using some Apoxy Sculpt (which you can easily find on Amazon or in craft stores), I formed two skulls around the eye loop screws (which were held securely in place by the mini clamp). I used a small nail to get the somewhat triangular shape of the nose, since some nails have a diamond-shaped cross section.

I used the blunt end of a fancy toothpick to imprint the eye sockets and an OLFA art knife (which is WAY better than an X-Acto Knife) to create the teeth.

A side note about that, adding a sliver of extra Apoxy Sculpt on the bottom of one of the skulls and then slicing into it to make teeth actually looks really good. Since the extra piece isn’t “blended” in, the seam where it meets the skull makes it look like the teeth are actually separate.

It’s kind of funny because the first one turned out perfect on the first try, but the second one was a pain to get looking right. That’s why I didn’t do the teeth exactly the same on the first one; I was scared I would ruin it in the process.

Apoxy Sculpt is difficult to work with. For one, even when it’s in its initial super pliable state right after mixing, it’ll still crack and “snap” if you bend it too far, and it doesn’t really smooth out like Sculpy or anything. I tried adding a dab of water (which it quickly soaked up like a thirsty drunkard given a beer), but that didn’t seem to do much to help.

To give a comparison, it’ll deform a lot easier than regular Sculpy in the first half hour or so after mixing. As it dries, it becomes harder and more prone to cracking if you try to manipulate it. Then, once it’s fully cured, it’s rock hard and apparently you can even drill into it.

Next, I drilled the holes in Mammon’s ears using my craft/hand drill. This presented a problem right off the bat.

Because of where her horns are positioned, it’s very difficult to get straight at her ears. One side is harder to access than the other, requiring that I drilled at an angle. I realized that I would need to make sure that the earring peg went deep enough to cover the fact that it was going in at an angle. Another issues with this particularly difficult to access ear was that as I began drilling the pilot hole, the bit “traveled” before actually sinking in. Well, at least the damage is well-hidden because of where it is. It was pretty hard to get the hole positions to be symmetrical, and their possible placement was dictated by where I could put a hole in the most difficult ear to access.

Using more of the beading wire from when I made her nipple piercings, I fashioned some mounts for the eye loops. I had to first use my fingers to gently straighten out a section of the wire and then use the round nose pliers to curl one side up. That way I could lock the loop into the eye loop atop the tiny skull.

Before cutting each of them off the ends of the wire spool, I tested them to make sure the pegs were straight enough to fit in the hole. Like I said in my last post on this project, short bits of wire are extremely difficult to bend.

Thankfully, the straightened peg actually fits pretty well. Even so, I’ll need to glue it in somehow once I’ve finished the entire earring.

ProbablyANinja
arle • 2 years ago • #87997527Those little skulls look INCREDIBLE! I think the size of them works really well with her horns, from what I can see from the photos. Lookin' good, friendo!
Thanks arle! I appreciate the support. :)
2 years ago

arle
Those little skulls look INCREDIBLE! I think the size of them works really well with her horns, from what I can see from the photos. Lookin' good, friendo!
2 years ago

ProbablyANinja
plasticizer • 2 years ago • #87994459Despite the Apoxie woes, you did well with the skulls! The imperfections give the skulls a more authentic feel and look perfect on the figure.
If you find working with Apoxie Sculpt kinda difficult, Aves makes another line of 2-part putty called FixIt Sculpt that's finer and arguably easier to work with. Otherwise, I found that Apoxie Sculpt becomes harder to work with and more prone to crumbling the older it is. I've recently got a fresh batch of the stuff and it's a cinch to smooth the sucker out with water.
That’s good info! Thanks. :)
2 years ago

plasticizer very mild
Despite the Apoxie woes, you did well with the skulls! The imperfections give the skulls a more authentic feel and look perfect on the figure.

If you find working with Apoxie Sculpt kinda difficult, Aves makes another line of 2-part putty called FixIt Sculpt that's finer and arguably easier to work with. Otherwise, I found that Apoxie Sculpt becomes harder to work with and more prone to crumbling the older it is. I've recently got a fresh batch of the stuff and it's a cinch to smooth the sucker out with water.
2 years ago 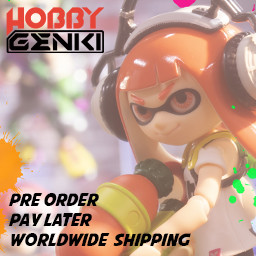