Furude
Have one up on Ebay www.ebay.com/it...
4 years ago

Steffykin
I finally opened mine up today, the quality is great compared to those photos, they do not do them justice, the only thing that I think is off is Gut's face, but hey- for the quality of the figure you can EASILY over look some faults in his face. FANTASTIC detail!
9 years ago

AnimeGuruma
I'm quite happy with mine. Very nice figure. Coloring and sculpt are great.
I'd just have to say that Guts's mouth is sculpted a bit oddly (like an "m" shape, but I suppose that it's just an attempt to resemble his movie design).
Just for some info, he comes in 4 pieces that you need to assemble:
-Body
-Neck and Head
-Right hand and sword
-Cape
-Base
He can stand up straight on his own without his cape...in fact, I think he looks better without the cape, but there's a rectangular-shaped hole on his chest (his cape attaches there) which is really too bad. He still looks good with the cape on, but the cape itself is quite heavy, so he tends to fall backwards.
This is when the base comes into play. However, it is quite ugly imo (just plain dark gray, rectangular shaped).
Paid a bit more for mine ($30.00 at a convention), but if you're a Berserk fan and you come across this figure for less than that, go for it.
9 years ago

TsukikageRan
The coloring from the blog and the figure I got is different. It's closer to the box illustration but I do wish it was as rough hewn as shown in the box. It is Guts after all. I'm happy with this and the Griffith figures. Sad though, no Casca.
9 years ago

Ugh that review makes me dislike the way they look (I will be getting them though) but someone please tell me it's just the photos from this blog that's not doing them justice lol...
9 years ago 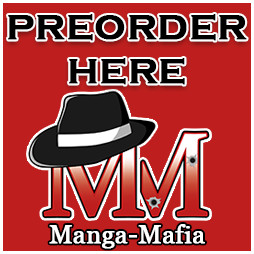 7 in Collections28 in Figures7 in Chan2 in Official