RikkaLeviathan
Ultimatebeagle • 16 days ago • #119396285Officially, it is a "non-scale figure." It's hard to categorize it it in either but I would lean closer to it being a scale, given the size and detail.
I see, thank you!
10 days ago

beccanyan
Selling in EU if anyone is looking for her!
13 days ago⊛

Ultimatebeagle
RikkaLeviathan • 1 month ago • #117326603Is it a scale or a prize figure?
Officially, it is a "non-scale figure." It's hard to categorize it it in either but I would lean closer to it being a scale, given the size and detail.
16 days ago

WereKitto
Selling for £50 In the uk. Is damaged on the base but she stands up perfectly once set up right.
25 days ago

Forscythe94
Selling for $110 USD + shipping. PM me if interested.
1 month ago

RikkaLeviathan
Is it a scale or a prize figure?
1 month ago

Ultimatebeagle
Augustusheimlich • 3 months ago • #114494205To folks that own this figure,
what is the level of quality? I’ve seen her going on YJA for as low as $100 USD give or take, which for an older figure from this franchise (and of this character especially) seems rather cheap? Unless the ones I’m seeing are bootlegs. I’d appreciate any insight! Thank you.

Some of these figures have become sticky and because it is technically not a scale figure, it lacks the scale treatment, especially as an older figure. But if you're considering, now is the time!

Figure feels great and the sculpt and detail is amazing (the zippers, eyelets, and grommets on the boots. The wrinkles on the cardigan, and yes, the legs). The pose is also replicating the character's major reveal during the game. The Monokuma figure is done really well too!

Just make sure you ask if the figure has any stickiness and if there is any paint cracking (especially around the white collar and the hair).

It also looks phenomenal next to Flare's Kyoko Kirigiri (although slightly taller, but by the same, legendary sculptor, Yoshizawa Mitsumasa).
3 months ago⊛ 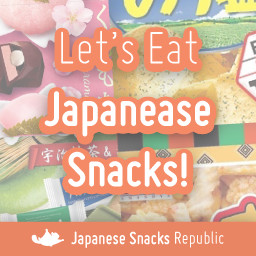