Meganekko (メガネっ娘?) (メガネ, also めがね or 眼鏡, pronounced megane ("glasses") and ko for "child(子)" but using the kanji for daughter(娘)) is a Japanese word which translates to "glasses(-wearing) girl". It is used in its most straightforward way to describe people (female) where wearing glasses can be considered one of their characteristics. It is also often used in anime and manga fandom to refer to geek chic-females who wear glasses, especially when it is considered their most attractive trait. However, it does not automatically mean that the female would not be considered attractive without the glasses. Their usage may or may not have anything to do with a character's eyesight, and they are often a "neutral" costume not as closely associated with more obvious fetishes such as meido (maid) or seifuku (school uniform). They sometimes have the connotations of geekish or bookish behavior, but in a complimentary fashion. A stereotypical example would be Miyuki Takara from the manga Lucky Star.

The most common stereotype associated with the term, especially in youth-oriented stories, is the ubiquitous "Class Representative" (iinchō); a well-doing, charismatic but sometimes bossy student who is respectful of authority. This usually earns them the respect of good students or contempt of slackers. 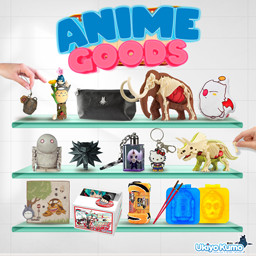